Ancient goddess sculptures continue to fascinate me and I’ve been sampling lots of ideas for new work based on them.  This piece is a small finished hanging piece (about 1.2m long).  It is hanging in my studio, gently rotating round and spooking me whenever I walk into the studio in the dark.  It is transparent, with the markings in the body being opaque.  I want to get hold of some powerful lights to see what shadow effects I can get – but I will need to tidy the studio floor first!
Posted by Gillian Cooper at 15:02 No comments:

Homemade with Love and other busy-ness

I can’t believe that it is already February this year and even better the sun is shining today.  January just seemed to pass by in a bit of a blur.  I don’t know if this is a sign of old age or whether it is because I’ve been busy.


Of course, it would be good to tell you what I’ve been busy with:

1.      I’ve been subbing a brand new craft magazine, called Homemade with Love.  The first issue went on sale mid January and I think it looks really good.  I love craft magazines and am a real sucker for them whenever I go near a newsagents.  Bizarrely, I never really seem to make anything from them, partly because I don’t have time and partly because when I make time, I want to make my own work. However, this time I was so tempted by these little owls by JoAvery, I couldn’t help myself.  And to keep things fair, I had to make three.  As I had been working on the magazine in December, I was able to get these made in time to be Christmas presents for my three.  They even appreciated them! Work on the second issue is well underway and looks just as good. 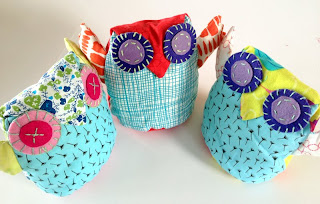 2.      I’ve started teaching City & Guilds Patchwork and Quilting at the Studio, run by the Loch Lomond Quilt Show.  It runs one weekend a month, which suits me.  January we looked at colour and some basic free machine quilting.  The next weekend is this Sat and Sun and I’m getting all my things ready just now.  I’m looking forward to using the fantastic dyeing facilities when we start dyeing fabric on Saturday. 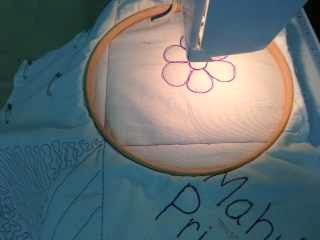 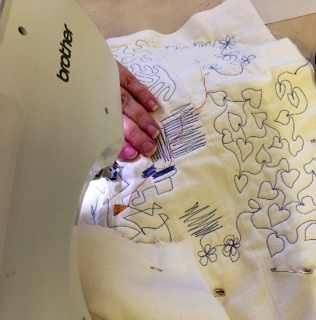 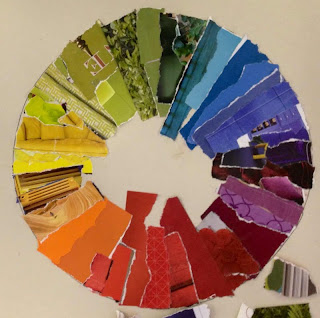 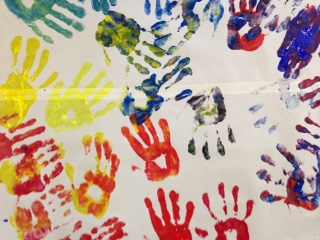 3.     The kids art classes have continued as usual.  So far this term, we have made huge paintings, mini sketchbooks of fishes and last Saturday was felt making. 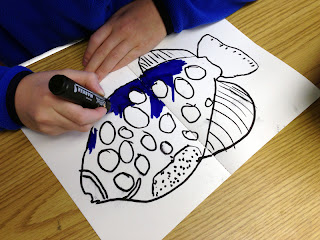 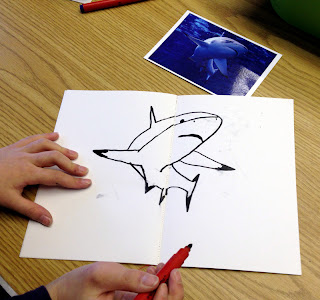 4.      We’ve also been running pre-schoolers’ artclasses and last time we made castles and cars out of boxes.  It’s my turn to run it again tomorrow and I think we are going to use flour and water paste (gloop), but I’m a bit worried about the mess and tidying up involved.  I seem to spend more time cleaning the McLintock Hall after running art classes there than I do my own house. 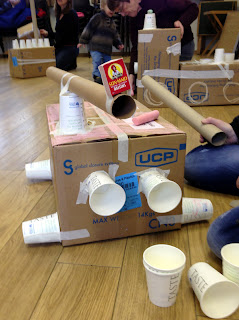 5.      I was asked by Beavers (scouts for boys aged 6 & &7) to run a session for them, preferably related to animals.  These were the results: cardboard box animals.  Lots of giraffes and pandas for some reason. 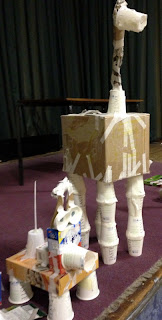 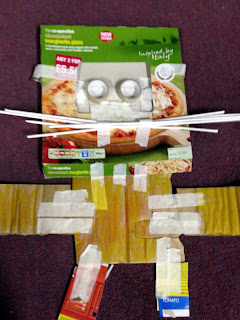 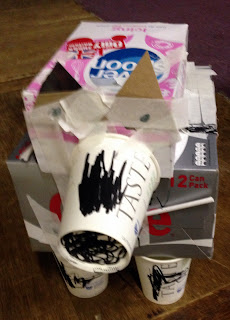