Out & About: Louise Bourgeois Exhibitions in Edinburgh

Yesterday I had an amazing day out in Edinburgh.  It was bitterly cold, but the sun shone brightly and what a difference that makes!  I met up with an old friend, Catherine Hiley, who is a talented printmaker and book artist.  And I got to see the two Louise Bourgeois exhibitions.


The two shows were a brilliant insight into a famous artist in her final years.  (She died in 2010 aged 99).  Several of the works dated from 2010, which in itself is inspiring.  As I tweeted at the time, I hope I’m still making meaningful work at 99.  I was waiting for the riposte it would be nice if you made meaningful work now!  However, that was part of the appeal of Louise Bourgeois work.  It was intensely personal and meaningful to her, exploring her life story for art, but also opening a door for the viewer to see her anxieties and neuroses.  As well as making fascinating artwork, she was obviously highly intelligent and a talented writer. 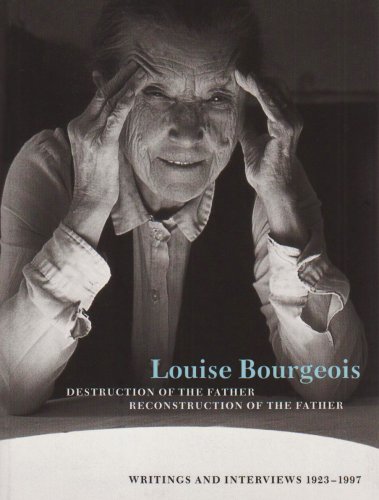 I have a book of her writings which I bought many years ago and found it tremendously encouraging and thoughtful.  She uses words with many of her artworks.  Often I find this off-putting, wanting the art to speak for itself, but with LB (the plainly signed initials on her work), the pithy words add another dimension.  I also enjoy her humour.  For example on one of the large pieces upstairs at the Fruitmarket, she has written


“my memory is moth eaten
full of holes”


Another quote which I appreciate is
“I have been to hell & back.  And let me tell you, it was wonderful.”


For all the humour, there was also a sense of an end, of foreboding, particularly with the two series of work on paper at the Fruitmarket.  These are the poignant works of an old artist who knew there was unlikely to be many more, facing up to her mortality, many years after most of her peers, and her husband had died.


As an artist myself, her Insomina Drawings, also at the Fruitmarket were fascinating.  Made during the night in 1994-5, when she couldn’t sleep, these A4 sized melanges of scribbles, drawings, sketches and words in both French and English provide a huge insight into her working processes and ideas. I kept look at the different qualities of line she used and thinking how my C&G students could learn from it!  Even when made in the middle of the night, the sense of precision, repetition and following through of a theme were enthralling.  It did feel slightly voyeuristic – a view into her private world as these were not drawn to be published, but to help her through those long lonely hours of darkness, when you feel you are the only person left, with only your fears to keep you company.

If you are in Edinburgh, do try and go and spend time with these works.  If you can’t make, the Fruitmarket’s website has some interesting links, including this one to a short video about the show.  http://www.youtube.com/watch?v=eiOHA0INiqA  It also has a catalogue with lots of facsimiles of the Insomnia Drawings.

Also, this is the link to show at the Scottish Gallery of Modern Art or Modern One as it now seems to be called.  Sorry there are no images, but photography wasn’t allowed.

Email ThisBlogThis!Share to TwitterShare to FacebookShare to Pinterest
Labels: Catherine Hiley, Edinburgh, Fruitmarket, Louise Bourgeois, Modern One, Out and About